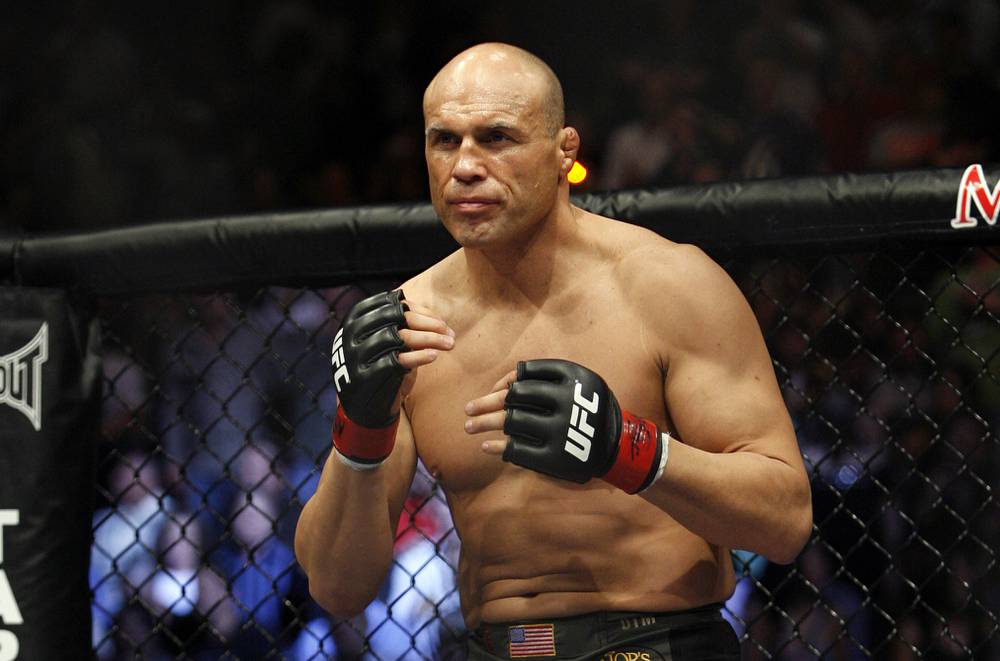 It’s well known in most competitive sports that players/athletes have a finite career, and after a certain age many athletes retire. MMA is a very physically demanding sport, therefore younger athletes tend to have an advantage. Here’s an explanation of if there is an upper limit for UFC fighters, and what the best age is to start.

Overall, the earlier a person starts the better. However, many athletes become very successful even though they start at an older age. The vast majority of UFC fighters retire by around age 40. However, some unique athletes keep fighting beyond that.

What Is the Average Age of MMA Fighters

Nowadays it’s easy to process large data sets, and come up with averages of a lot of data. MMA fighting does involve many injuries which can lead to earlier retirement compared to non-contact sports. So, here’s a summary of the average age of MMA fighters.

Here’s a table that shows the percentage of MMA fighters in each age range:

The oldest average age is in the Flyweight division which is 36 years old. There seems to be a clear trend that the lighter the weight class the lower the average age.

Therefore, by about age 40, an athlete’s athletic performance can decrease by as much as 10%. At the highest levels, MMA fighters are generally very similar in skill level, and therefore a minor difference of 10% is much more significant.

Most UFC events are held in the USA. In the USA sporting events such as UFC are regulated by the Athletic commission in each state. As a general rule, the minimum age to compete in the UFC is 18 years of age.

Because MMA is relatively new most fighters that are famous and active today started in one martial art in particular. For example, they started wrestling in high school, or at a very young age. Or, did judo from an early age. And then transitioned into MMA when the UFC blew up in popularity in about the 2010s.

Here’s a table that shows the average win percent based on the age of a UFC fighter:

There is a very clear pattern that the older a fighter is the lower their win percentage gets. This shows that on average it’s better to start doing MMA at an earlier age. However, it’s still very possible to be the best in MMA at an older age, as I’ll explain below.

What Age to MMA Fighter Decline

Athletic performance goes down with age, for example, you wouldn’t see a 70-year-old man competing in a fast spaced sport with a 20-year-old. But, many people are still in very good shape as they age. So, here’s a summary of what age MMA fighters’ athletic performance declines.

On average, MMA fighters decline after about age 40. But, numerous MMA fighters remained active and successful after the age of 40 such as Anderson Silva, Glover Texeira, and Randy Couture. Most MMA fighters are in the 25 to 35 age range.

The aspects of an MMA fighter’s performance that declines are high speed, strength, recovery time, and reflexes. All in all, these are very important for competing at the highest levels of MMA competition.

One of the most famous MMA fighters of all time Rickson Gracie is quoted on a Joe Rogan podcast as jokingly saying that if he was to do one training session with his son Kron Gracie (an active UFC fighter), he would need to spend 6 months at the physio to recover.

Who Is the Oldest UFC Fighter?

Although most UFC fighters retire by the age of 40 or so, there are examples of some who competed at the highest levels well into their 40s. Here’s who the oldest UFC fighter was, and some well-known older fighters.

Randy Couture was the oldest UFC fighter to fight in the UFC. He was 47 years old when he was still fighting in the UFC, and retired in 2006. Other fighters that are much older than the average are Aleksei Oleinik – 44 years old, and Glover Texeira – 42 years old.

At the time of writing, Aleksei Oleinik and Glover Texeira are still active in the UFC. But, there have been numerous fighters that are in their forties and fought in the UFC such as Fabricio Werdum, and Anderson Silva.

Interestingly, Glover Texeira is the oldest first-time UFC champion ever and won the title at 42 years old. Here’s a video of Glover Texeira winning the match that made him the oldest UFC fighter in the world, where he won against the Jan Blachowicz: 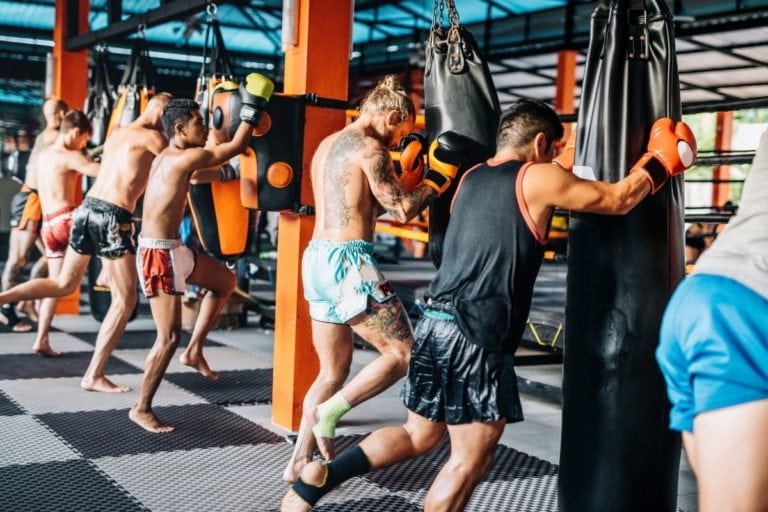 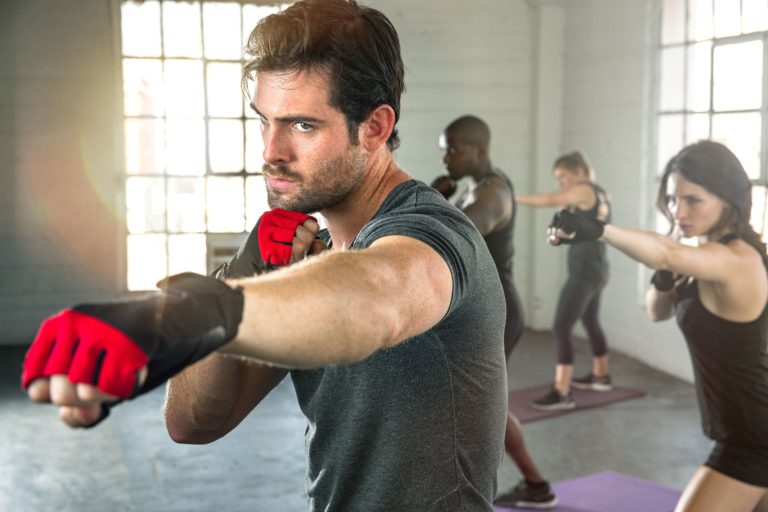 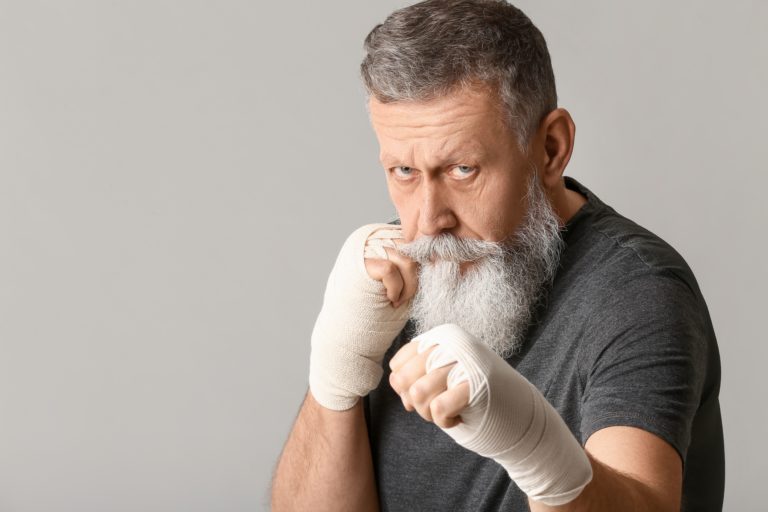 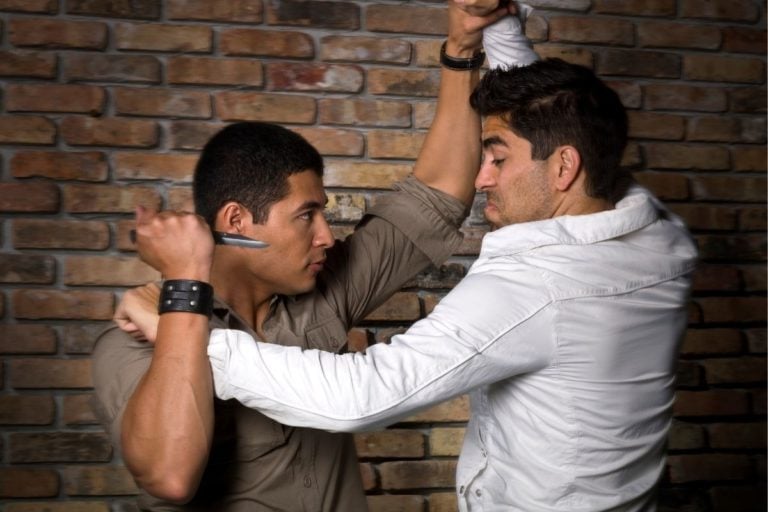