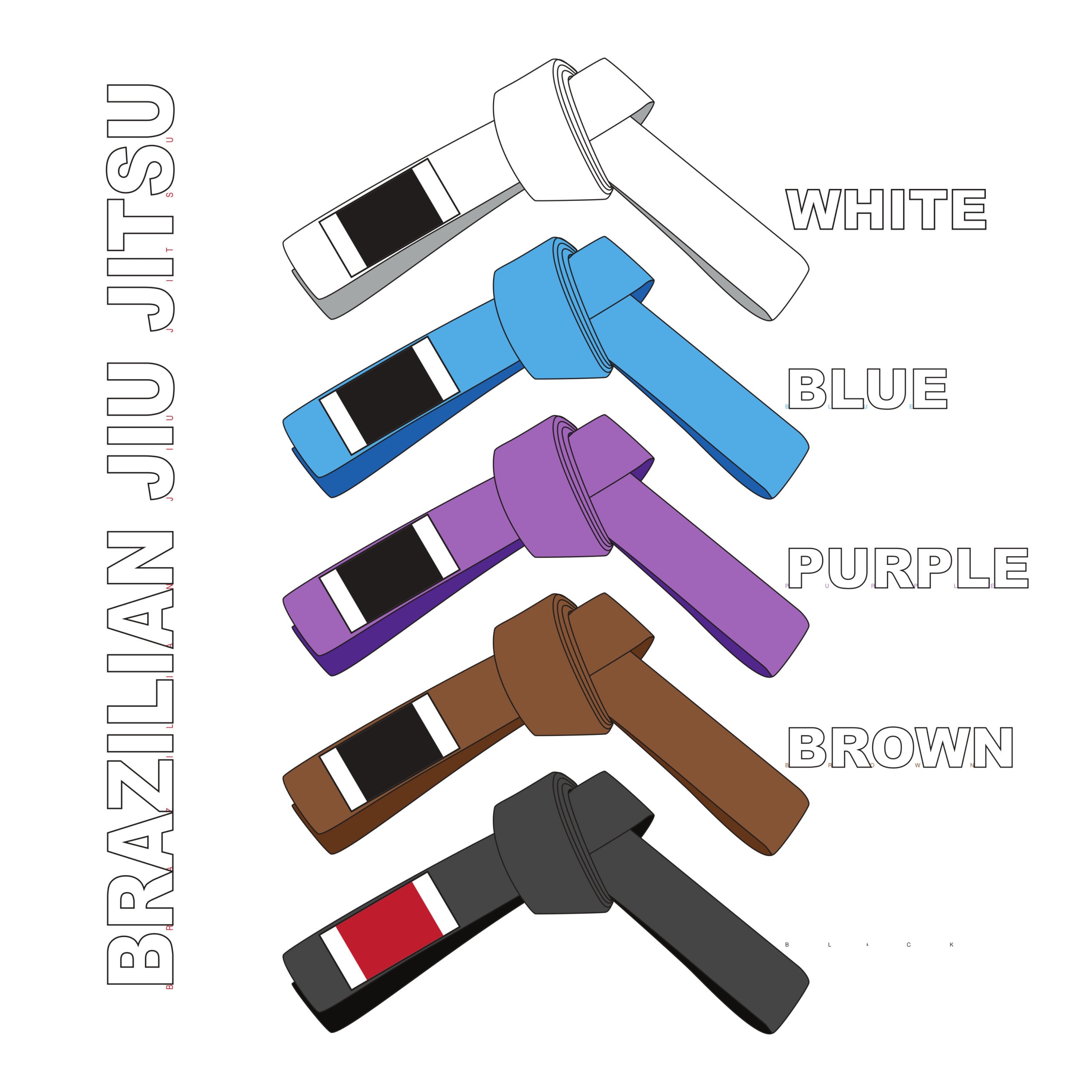 Belt systems are synonymous with martial arts. Belts are not only used to keep the Gi in place, they denote the rank of a practitioner. Like most martial arts that have originated in the East, Brazilian Jiu-Jitsu utilizes a belt system.

Unlike other martial arts that consist of many belts, BJJ consists of only five primary belts: white, blue, purple, brown, and black. Every practitioner starts with the rank of white belt, and only a handful make it to black belt as the dropout rate is very high, if not the highest amongst all martial arts.

Even though the belt system consists of only five primary belts, there is more to it. The BJJ belt system is far more complex.  In this article, we will break down every primary belt as well as how long it takes to achieve each, belt stripes and finally, we will talk about the legendary rank of red belt.

What distinguishes the BJJ system from others is its extreme informality. There is no precise, agreed-upon set of rules that determine who is a blue belt, who is a purple belt, and so on. Part of the reason for this is the complete lack of forms or katas in BJJ.

Katas are pre-arranged, choreographed sets of moves containing the idealized movements of the style in question, typically a collection of kicks, punches, and blocks, and they are performed solo. Most martial arts put a lot of emphasis on learning these katas.

When one has learned a set of katas, this is often taken as a sign of progress, indicating that the student is ready for promotion. Since BJJ lacks katas, the Brazilian style must look for other indicators of progress.

One might try to differentiate grades in terms of the number of moves that a student knows. Such a method is inadequate. It is often pointed out that a purple belt knows as many moves as a black belt, but doesn’t perform them as well.

As mentioned above, there are only five primary adult belts: white, blue, purple, brown, and black. On average, it takes a practitioner 10 years to achieve the rank of black belt. Even then, there is room for promotions in the form of degrees.

With that being said, depending on various factors, a practitioner can hold a belt for an x number of years in contrast to other martial arts in which belt promotions are more frequent and the rank of black belt can be achieved very quickly.

The BJJ belt system consists of belt stripes that are given by the head instructor to mark the progression from one belt to another. They are wrapped around the black material at the end of a belt. This stripe system is meant for kids and adults from white to brown belt, while black belts have a different system.

In short, belts up to brown belt have 5 levels: a clear belt and then 4 stripes that may be awarded for time, skill, behavior, and tournament performance.  Only black belts may promote students in the form of stripes and belts.

The BJJ belt system is not the same for kids, juveniles & adults, and black belts as each of these three categories have its unique subsystem. Therefore, let’s take a look at each one:

Achieving one of the hardest belts to earn in all of the martial arts is a success story of its own. Black belts are very dangerous people that have put skin in the game and devoted a lot of time to mastering BJJ. However, the journey is far from over as the black belt system in BJJ is unique in every shape and form.

According to Renzo and Royler Gracie, in Brazilian jiu-jitsu, the red belt is reserved “for those whose influence and fame takes them to the pinnacle of art”. Red belts carry the title of Grand Master.

If a practitioner receives his or her black belt at 19 years old, the earliest they could expect to receive a ninth-degree red belt would be at the age of 67.

The 10th degree was given only to the pioneers of Brazilian Jiu-Jitsu, and the Gracie brothers: Carlos, Oswaldo, George, Gaston, and Helio. The highest-ranking living practitioners are 9th-degree red belts, as there are no living 10th-degree red belts.

Of all the belt grades this is the least controversial. The step up to blue belt is the beginning of a long road. The white belt often obsesses over technique, hoping to learn as much as possible so as to do better against his classmates.

This is a healthy attitude; the fact remains, however, that the transition to blue belt is not merely a matter of performing a set of techniques. One must always remember that BJJ is more than a large set of moves. Rather, it is a set of moves woven into an overall strategy.

The blue belt is one who has taken that strategy to heart, who tries to follow it as he trains, and who lets that general strategy guide the application of the techniques he has learned. It is important to realize that that basic strategy remains the same through all the belt levels.

The difference between belt levels is merely a reflection of the increasing sophistication and technical expertise with which the basic strategy is carried out. You can see, then, that the essence of a blue belt lies in the adoption of this strategic element along with the beginnings of the technical expertise to carry it out upon people of a reasonably high level.

It is often claimed that purple belt is the first really big hurdle over which the practitioner of BJJ must climb. There is a good deal of truth to this. It is one of the most time-consuming belts. Typically it takes about the same time to gain a purple belt in BJJ as it does a black belt in other styles, around five years.

By the time the student has attained a purple belt, he has a working knowledge of most of the moves of the system and has determined which of these are his favorites, the moves that he relies upon for his own personal game plan.

As a blue belt student progresses, learning ever more techniques, he comes to a level where he can easily counter the moves of less seasoned blue belts. His technical knowledge is at a higher level than theirs. This allows him to anticipate and counter their moves easily.

Since he is battling with higher-level opponents he must employ a greater number of moves than a standard blue belt. Moreover, they must be employed in a more precise fashion. Along with these changes come changes in style. The purple belt combines moves much more readily than a blue belt.

Rather than struggling to employ a given move on a fiercely resisting opponent, the purple belt switches to another, complementary technique that completes the job with far less effort. His deeper knowledge of technique is what allows him to do this.

Brown belt is the beginning of the truly elite rankings. Typically it takes five to six years of hard training to attain this level. You may well ask, ‘’If purple belt level signifies technical expertise and black belt level technical and practical expertise, what does brown belt signify?’’

Brown belt is really an intermediary step. It provides the bridge between purple and black belts. Often it marks the student’s first steps in teaching techniques to beginners. The brown belt is expected to have a deeper knowledge of technique than a purple belt, along with greater practical ability.

On a more mundane level, if a student is regularly dominating other purple belts both in sparring and competition, this is strong evidence that he is ready for promotion. So the chief function of brown belt level is to provide a smooth transition to black belt.

Of course, the brown belt uses a greater number of techniques than the lower belts, this is a reflection of his longer training time. Some of these moves are high level; all of them are performed with the crispness appropriate to that high level.

In virtually all martial arts, black belt denotes the highest level of achievement. BJJ is no exception. By the time the student attains a black belt, his knowledge and skill are of the highest class. In addition, his depth of knowledge makes him a fully qualified teacher.

Rather than just knowing how to perform the moves, the black belt knows why a given move works. That is, he understands the biomechanical principles that underlie the move. The principles of leverage, body control, and mechanics.

The deeper knowledge makes him a far better teacher than someone who merely recounts a series of moves. Moreover, such knowledge allows him to invent new moves and combinations and so develop a more personalized jiu-jitsu game.

It is important to see that there is no resting place in jiu-jitsu. While black belt represents the highest common belt, this does not mean the student can stop learning. There is always more to learn. Indeed, new techniques appear all the time.

Every martial art utilizes a belt system. The Brazilian Jiu-Jitsu belt system is unique in various ways. The rank of black belt in BJJ is the most respected rank amongst all martial arts due to the fact that it takes a long time to attain it.

The journey from white to black belt can be very challenging, the evidence lies in the dropout rate.  However, it is without a doubt a life-changing journey that shapes people and makes them the best version of themselves. 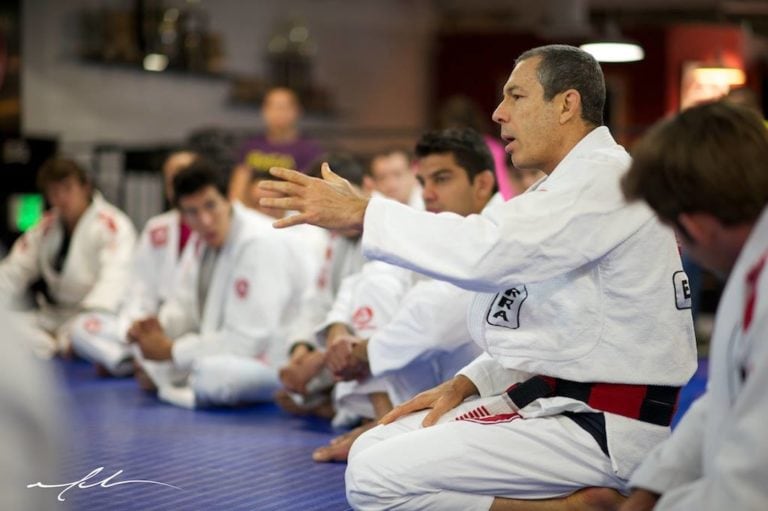 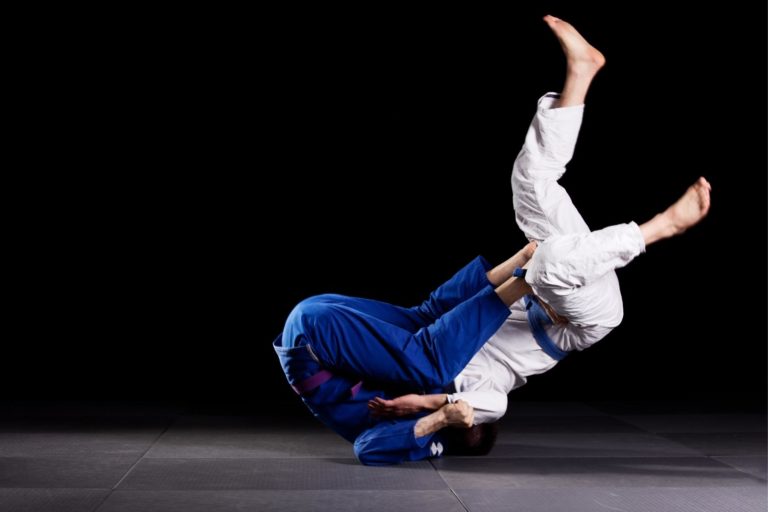 Practicing Brazilian jiu-jitsu alters the body in many ways. It can do wonders for a person’s physique; however, it can also cause one or both ears of a practitioner to mutilate and end up looking like a cauliflower, hence the name ‘’cauliflower ears’’. The thought of having cauliflower ears can discourage people from continuing their… 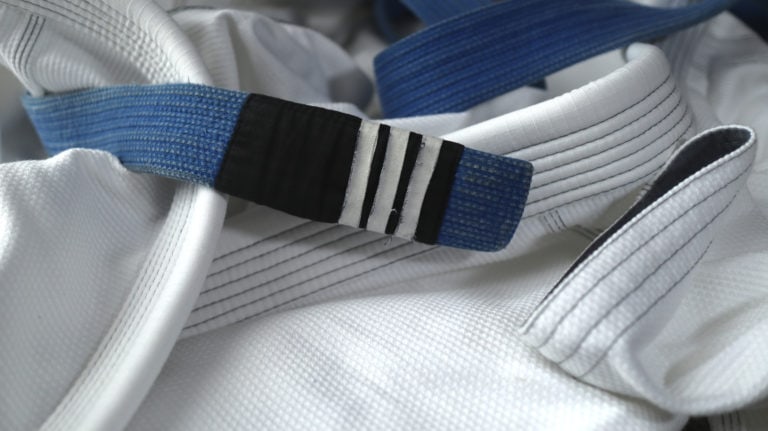