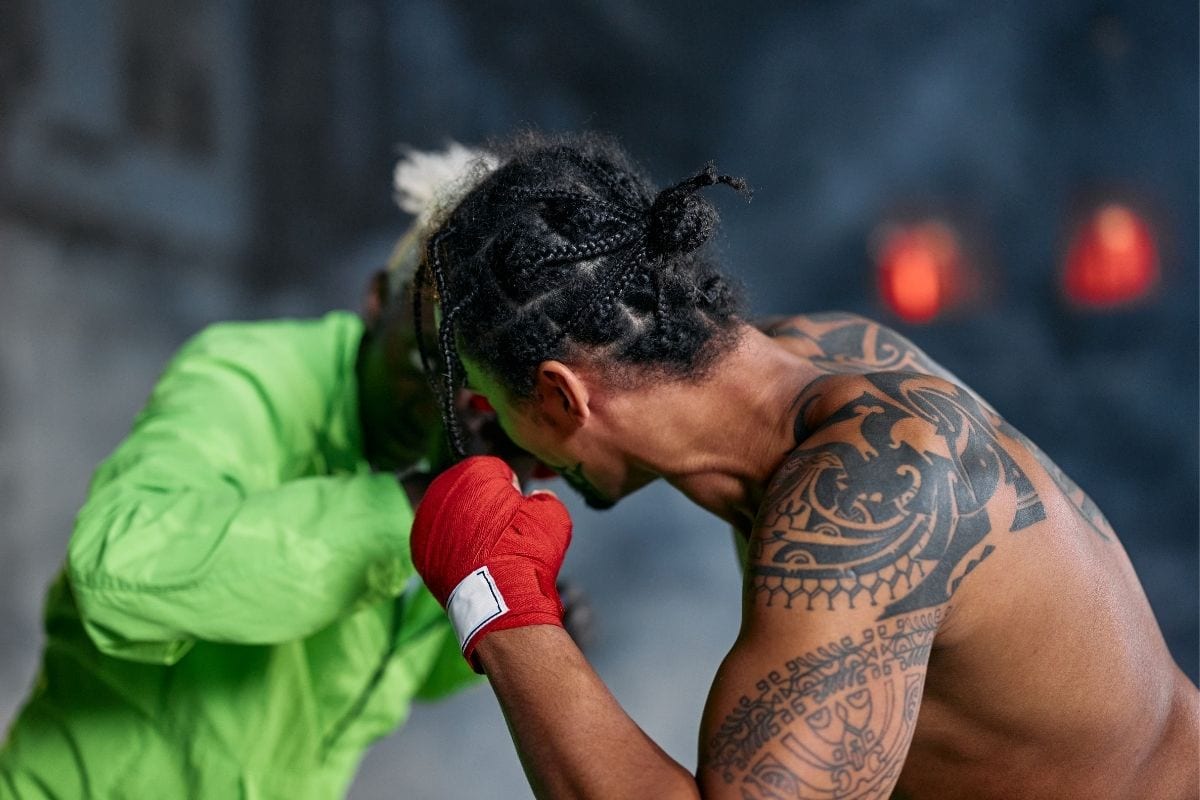 A street fight is a chaotic situation that is very dangerous, very experienced martial artists will tell you it’s always best to avoid a street fight unless you have no other option. Today I will cover if Muay Thai is effective for defending yourself if a street fight were to happen.

As a general rule, Muay Thai is effective in a street fight. Learning Muay Thai involves competitive sparring that is directly applicable to avoiding strikes and landing your own strikes. However, Muay Thai has very little skills in fighting if a street fight goes to the ground.

There are many different martial arts to choose from. Some, are more sport-based, whereas, others have a competitive aspect that is virtually identical to a real street fight situation.

I’ve been doing martial arts for about 3 years, and love learning about the different aspects of martial arts, so below I will explain based on my own experience and what expert fighters say about how Muay Thai compares as a martial art for self-defense in a street fight situation.

Is Muay Thai or Boxing Better in a Street Fight

Muay Thai and boxing are both well known for having very effective strikes. But, they differ because Muay Thai has a more diverse range of techniques. But, which is better in a street fight?

Overall, Muay Thai is better than boxing in a street fight. Muay Thai has more techniques and also has very good skills in the clinch, known as a Thai clinch. But, both boxing and Muay Thai have skillsets that can end a fight quickly if a knockout strike is landed.

Muay Thai is famously called the art of 8 limbs, the reason is that 8 different parts of the body can be used to strike. These are:

Whereas, in boxing, only the fists are used. The extra parts of the body that a Muay Thai practitioner will know, gives them more options in a street fight. In a fight, there are multiple different ways people can be positioned. And each person can be closer, further apart, and at a certain angle. This affects what strikes are available. And what part of the body can be hit.

With that said, an experienced boxer or Muay Thai fighter will easily ‘outclass’ an untrained fighter. Their experience in sparring is a night and day difference. However, a fight is a chaotic situation, and even in competitive sparring, a new person can land one or two strikes.

If one of these strikes is significant and hand, it can knock even an experienced fighter out. A person could also slip and hurt their leg, not be able to fight properly, and eventually lose the fight.

But, an experienced Muay Thai fighter or boxer would have a clear advantage and would be heavily favored.

Muay Thai is a striking martial art – has less grappling

There are two broad types of martial arts, striking and grappling. If you’re not aware of what grappling is I explained it in detail in this article about what grappling is in MMA. Muay Thai is a striking martial art. But, unlike boxing, sweeps/trips, and the clinch are trained. Here’s a video that shows the ‘Thai clinch’.

Other grappling-focused martial arts such as wrestling, and jiu-jitsu not only have throws and sweeps but also have submissions from the ground. And have techniques for how to keep an opponent underneath them in a very advantageous position to where they can’t get up or do anything.

Is Muay Thai the Best Martial Art for a Street Fight

Muay Thai is known to be an effective way of fighting as evidenced by the countless Muay Thai fights in Thailand and internationally, as well as, MMA fighters typically being very skilled in Muay Thai. However, many different martial arts are effective, so here’s the long and short of whether Muay Thai is the best martial art in a street fight.

If a fight were to go to the ground it would pretty much be even between an untrained person and a person skilled in Muay Thai. However, if a person knows Muay Thai AND a grappling martial art they would have a much bigger advantage.

Typically a wrestler with a year or more of experience can easily hold down someone else and call for help, or land strikes to make the person give up. And a person with a blue belt in Brazilian jiu-jitsu is the big favorite if the fight goes to the ground.

I personally did jiu-jitsu for about 1.5 years. In my first few weeks of classes, I had the chance to spar with blue belts and purple belts. I was no match, and even though I tried my hardest they were easily able to control me, then apply submission holds, and make me give up by ‘tapping’.

Is Kicking Useful in a Street Fight

Not all martial arts teach kicking. In a street fight, there are no rules, and therefore this changes how a person should fight. One move that is a bit questionable is kicking, so here’s whether it’s a good idea to kick in a street fight.

Overall, kicking is useful in a street fight. However, it’s only effective based on the skill a person has in kicking. If a person doesn’t know how to throw an effective kick, then kicking should be avoided. It’s more advantageous to keep your balance with both feet on the ground.

This will give you the option to run away. If you end up on the ground it makes a person an easy target for kicks and stomps that are very strong. The bottom line is that a person should avoid street fights altogether, and you shouldn’t throw kicks unless you’ve been trained in how to do it effectively. 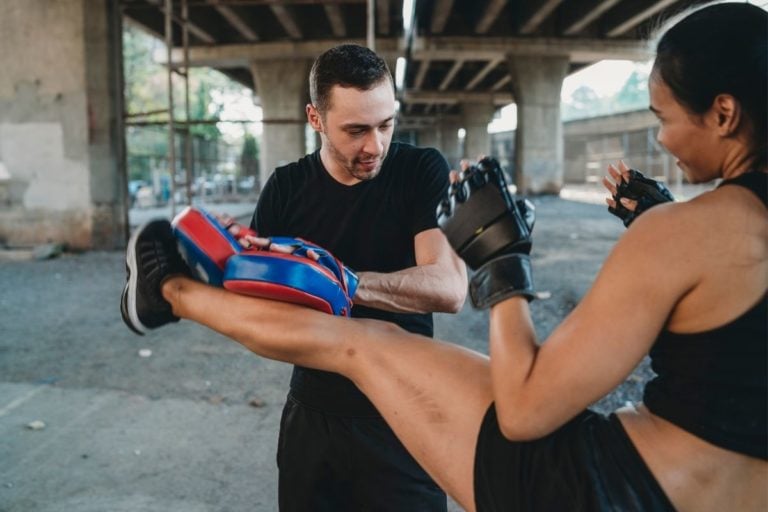 A Muay Thai class or kickboxing class generally works up a considerable sweat, and will easily get you huffing and puffing. Knowing how many calories an activity burns requires a few formulas and tests to determine. In this article, I will provide info about whether Muay Thai is good for weight loss, and how many…

Training martial arts falls into a group of hard and intense activities. Still, some arts are easier to master than other and also carry a lower injury rate. In fact, some “easy” martial arts tend to be more effective than the complex and physically hard ones. This leads us to the main question, which are…