MMA is skyrocketing, and with that, more and more fighters are earning seven or even eight-figure paychecks. Despite the fact that the richest UFC fighters are not as rich as their colleagues from boxing, they are slowly catching up.

In this article, you are going to find out who are the richest active UFC fighters, their net worth, and their businesses. Also, we will bring you the richest UFC fighters in the history of the sport.

Who are the richest active UFC fighters (Top 10)?

You might be surprised to see that the most dominant female fighter, Amanda Nunes, has earned “just” around $5 million for all of her fights inside the UFC octagon. On average, she has been earning between $400,000 and $590,000 as a UFC champion, without PPV bonuses and sponsorships. Her biggest paycheck came against the former champ, Holly Holm at UFC 239 which brought her $590,000.

As a UFC champ, Nunes also earns a lot from the PPV bonuses and various endorsements, so her actual net worth could be much higher.

The UFC’s flyweight champ is the most violent female fighter who has earned around $5 million in her career thus far. Like her nickname “The Bullet” suggests, Shevchenko is fast, precise, powerful, and lethal inside the octagon. Her fight purse as a champ is around $390,000–400,000, but she has also earned a lot from PPV bonuses, venom exclusive deals, and post-fight performance bonuses.

Ngannou is not just the most feared MMA fighter on the planet earth, he is also one of the richest. Before he became a champ, Ngannou used to earn up to $320,000 per fight, including the post-fight bonuses. However, his UFC paychecks doubled when he took the belt from Stipe Miocic. From then on, he went on to earn $642,000 in his first title defense against Gane, without the PPV bonus that he is now receiving as a champ.

He also has endorsement deals with top brands like Gymshark, “The Fight Game”, and is investing in crypto.

Miocic is the most dominant UFC heavyweight champ in history who has earned around $7 million throughout his career. While he was on top of the division, Miocic used to earn between $690,000 and $830,000 per fight just to show up. In reality, his paychecks were probably much higher if you include PPV bonuses, and of course, sponsorship deals. With that in mind, his net worth could easily be over $10 million.

The UFC welterweight king Kamaru Usman is the second richest UFC fighter as his net worth sits at around $8 million. On average, he is earning from $400,000 all the way up to $900,000 per fight just to show up. This is his “base salary” without PPV revenue that is often going up to $1 million, notably when it comes to his two high-profile bouts against Colby Covington.

As a dominant champion and one of the most famous faces in the industry, he enjoys exclusive deals with Venum, Monster Energy, and Crypto.com.

Nate Diaz’s net worth is estimated at around $8–9 million, making him one of the richest fighters who have never won the UFC title. For the majority of his career, Diaz was in the low tier when it comes to paychecks, earning between $50,000 and $150,000 per fight, often even as low as $15,000 (vs Josh Thompson). But, his earnings went through the roof with the short notice win over McGregor that secured him a $620,000 paycheck, and he would earn a staggering $2,070,000 for the rematch.

Cerrone is a UFC veteran and one of the greatest fighters to never win the golden belt. He is tied with Charles Oliveira for most UFC post-fight bonus awards and has competed in close to 40 UFC matches in his career. With this in mind, it’s not a huge surprise to see that the fan-favorite “Cowboy” has earned close to $10 million in his career thus far.

This is more than most UFC champions to be more specific. Except for his match against Conor McGregor where he earned half a million, Cerrone was never paid more than $250,000 for a fight. But by staying busy and putting on exciting fights, he managed to accumulate solid wealth.

Jon Jones is often seen as the greatest MMA fighter of all time, but not when it comes to earnings. In his UFC career, Jones has earned “just” around $7,230,000 for all of his fights. But, he could have earned a lot more if it wasn’t for all of his incidents outside the cage that had a negative impact on his exclusive endorsement deals with the biggest brands like Nike. Not to mention all the failed anti-doping tests and suspensions he received as a result. On average, he has been earning between $500,000 and $600,000 per fight, without PPV bonuses.

The net worth of UFC veteran and one of the best 145-pound fighters, Jose Aldo, sits at around $11 million. The King of Brazil has earned $9 million from the UFC alone, and roughly more than $2 million for representing brands like Crypto, Venum, ZeDelivery, and many others. He received the biggest paycheck for his title fight against Conor McGregor. Despite getting KO’d in just 13 seconds, Aldo cashed out a whopping $2,540,000 million (including PPV bonus).

Mcgregor has been the richest UFC fighter for a couple of years now and it’s probably going to stay that way for a long time. The Irishman is by far the most famous MMA athlete of all time who has a net worth of $400 million.

From the UFC alone, Mcgregor is getting between $3–5 million just to show up and is probably taking a large portion of PPV sales as well. His total UFC earnings stand at $25,104,000, which is around $5 million less than his total boxing career earnings that are $30 million, which is how much he got for the Mayweather fight. Combined, McGregor’s career earnings are $55 million, without PPV bonuses and sponsorships.

Who are the richest UFC fighters of all time (Top 10)

The following is a list of the richest UFC fighters in history.

Overeem is one of the most accomplished MMA fighters of all time whose estimated net worth is around $15 million. In his career, “The Demolition Man” has managed to win prestigious titles in K-1 kickboxing, Strikeforce, and Japanese “DREAM”. Despite having a long UFC career and even fighting for the title in 2016, he never won the belt, which does not diminish his achievements in combat sports.

Although Couture started his MMA journey at 34 years of age (you read that right), he has managed to win six UFC belts in two separate weight classes. As one of the best in history, he is also among the richest as well with an estimated net worth of $17 million.

Couture has also been quite busy outside of the game too. He received a couple of movie roles that boosted his income. For instance, he had a role in “The Expendables” and in three episodes of “Hawaii Five-O” which secured him a couple of millions.

Silva is, without a doubt, one of the most violent fighters in sports history. He is the former PRIDE FC champ and holds a record for most KO wins and title defenses. Later on, he would switch over to the UFC but he failed to achieve the same. Throughout his career, he has been in many memorable wars that were, on one side, very painful, but on the other, earned him a lot of money. His net worth is estimated at around $18 million.

It’s not a huge surprise to see Silva ranking this high considering his amazing UFC career. “The Spider” holds a record for most UFC wins, longest title rain, most finishes in his division, and the biggest net worth when it comes to middleweights.

Before losing the belt, Silva used to earn around $200–300,000 per fight without bonuses. But after losing it to Michael Bisping, his wages have tripled and if you combine this with many premium brands he worked with, you get why he has such a big net worth.

Ortiz is one of the very first UFC mainstream superstars who is still very popular in the western world despite being retired for many years now. The former light heavyweight champ is best known for his rivalries with Randy Couture and Chuck Liddell, as well as for the flashy lifestyle outside the game. After retiring from the sport, Ortiz launched an MMA clothing company and also owns a gym in California, and his net worth sits at around $20 million.

Penn is the former BJJ world champ, UFC champ in two separate divisions, Hall of Famer, and one of the richest MMA fighters in history. The majority of his $22 million net worth comes from his fight pay, but he also runs his own gym and runs a popular media channel dedicated to the sport of MMA. During his prime, Penn was a megastar and he had endorsement deals with various top brands.

Lesnar is the former UFC heavyweight champ who came into the sport from WWE at the peak of his fame. His fights generated some of the highest PPV sales in history, including the modern ones, and with that, a lot of wealth. For example, he received $2.5 million just to show up to UFC 200 against Mark Hunt, and perhaps even more for PPV bonuses and sponsorship deals. Like that’s not amazing enough, Lesnar is the highest-paid WWE athlete so he is continuing to build his wealth.

GSP is the best 170-pound fighter of all time whose net worth is estimated at around $30 million, making him one of the richest fighters in the business. In his long career, GPS won UFC belts in two separate weight classes and he retired while being on a 13-fight winning streak. Over the course of his career, he took part in 14 title fights and has earned a lot of money. Outside of fighting, he landed many deals with top brands like Under Armour, Affliction, EA Sports, and other big companies.

The former lightweight champ has an estimated net worth of around $40 million. But the exact number is probably much, much higher. What really made him the rich man was his legendary bout with Conor McGregor in which he earned $1.5 million without bonuses. In his next two fights against Gaethje and Poirier, he would cash out over $12 million combined, again, without PPV bonuses or sponsorships.

He is also a co-founder of the Eagles MMA training center, “Eagle Mobile” telecom network, and “Eagle MMA” promotion.

Conor McGregor is, by far, the richest UFC fighter in history and a man who deserves a lot of credit for elevating the entire sport to the mainstream levels. His net worth is estimated at a staggering $400 million when you combine his earnings as a fighter and as a businessman. In 2021, he earned $180 million which secured him a #1 spot on Forbes’s list of highest-paid athletes. The majority of his wealth comes from his whiskey business “Proper No. Twelve”, and the famous boxing match against Floyd Mayweather. 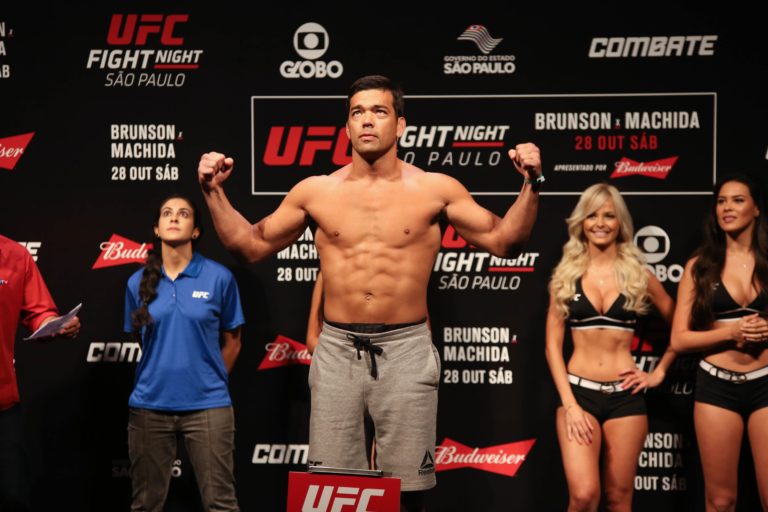 Extreme weight cuts have become a standard practice in modern MMA, and just about every fighter is doing it. By losing up to 30 pounds in a week leading up to a fight, or around 15% of their total body weight, fighters compete in the weight class below their natural one to gain a physical… 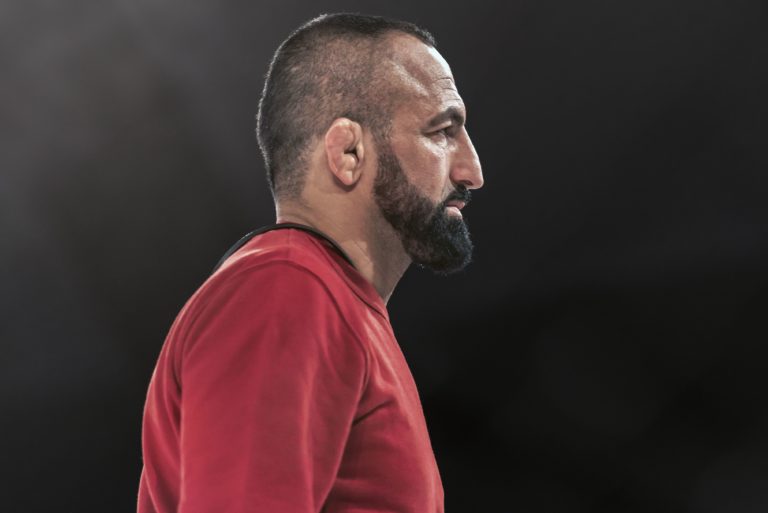 If you find yourself arguing in traffic or in a bar with a person that has “weird ears”, and you are not aware of what this means and how they got those, be sure to stay calm, and walk away. It’s very likely that this person is a trained grappler or MMA fighter who has…