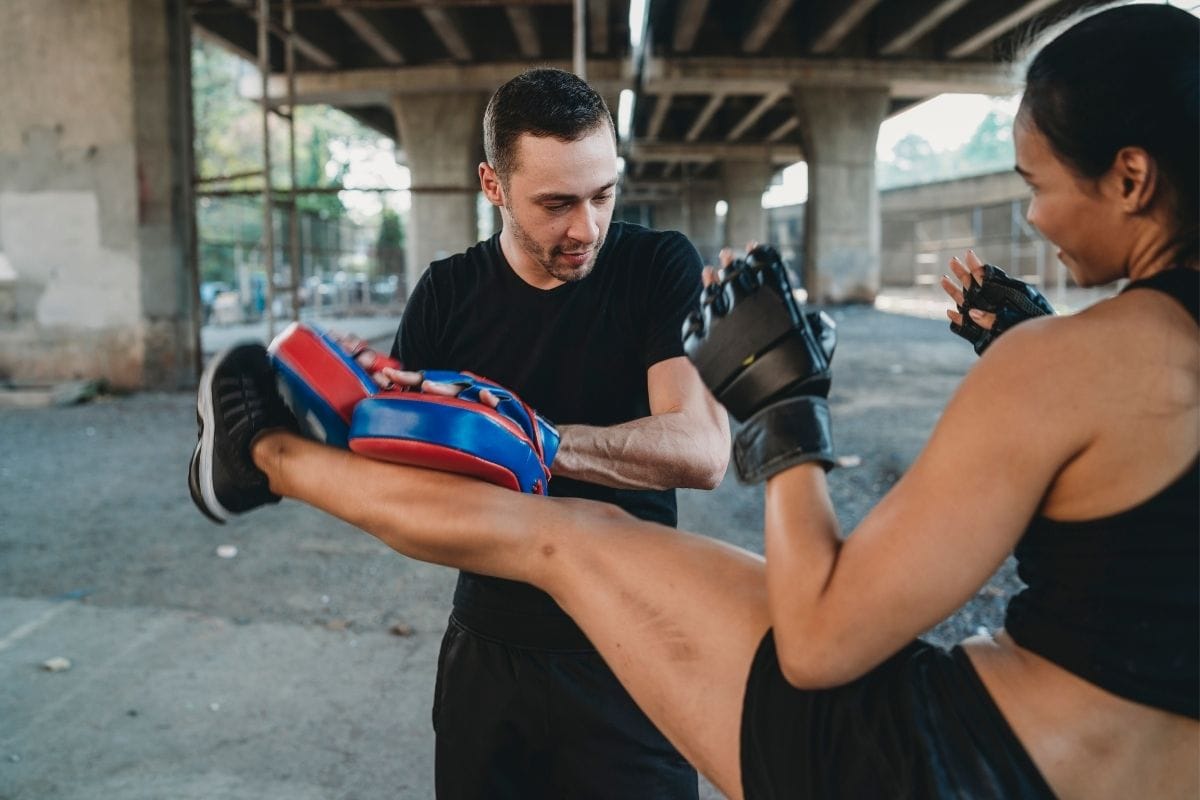 A Muay Thai class or kickboxing class generally works up a considerable sweat, and will easily get you huffing and puffing. Knowing how many calories an activity burns requires a few formulas and tests to determine. In this article, I will provide info about whether Muay Thai is good for weight loss, and how many calories Muay Thai burns.

Today, I will provide detailed info in a helpful table to show how much weight you can lose training Muay Thai in a 30-minute to 1-hour Muay Thai or kickboxing class. And also which burns more calories boxing or kickboxing, and if Muay Thai will get you ripped.

How Much Weight Can You Lose with Muay Thai

On average, you can lose 5 oz (130g) of weight a week if you train Muay Thai for 1 hour twice a week. Provided that your diet remains the same. It’s possible to have the same effect by reducing your calorie intake by the number of calories in a Muay Thai workout, about 350 calories per day.

Medical professionals have stated that if you cut 500 to 1,000 calories a day from your typical diet, you’ll lose about 1 pound (0.5 kilograms) a week. It’s reasonable for most people to do a Muay Thai workout twice a week. But, if you trained more often you could potentially lose more bodyweight.

Here’s a table that shows how much weight you can lose based on how often you train Muay Thai:

As you can see, it would take some time to lose body weight by training Muay Thai alone. Therefore, if you want to lose weight faster you should take a two-pronged approach. This would involve reducing your total calorie intake per day, and doing Muay Thai.

Therefore, if your Muay Thai school doesn’t do a run as part of their Muay Thai training session you can do this in your own time to burn even more calories. However, in my opinion, the thing that will have the most impact is reducing your calorie intake.

This can be done by using alternative foods that are far lower in calories. For example, instead of using sugar, or eating foods that contain sugar use stevia instead. It tastes virtually identical to sugar but has zero calories and zero carbs.

The difference is not so large that it would necessarily change your decision about which martial art to do. Some martial arts are also better than others for other reasons. For example, some are more effective for self-defense. I explained how Muay Thai compares to other martial arts in this article about if Muay Thai is good in a street fight.

Will Muay Thai Get You Ripped

Virtually everyone would love to have an amazing physique. Getting ripped is a result of having a low amount of fat on your body which makes your muscles more defined. But, will Muay Thai get you ripped?

In general, Muay Thai will not get you ripped. Getting ripped is a balance between exercise and calorie intake. A 30 minutes Muay Thai workout burns 350 calories, which is 10% to 20% of your recommended calorie intake per day. It won’t make you ripped if you consume too many calories.

Professional bodybuilders that are judged on how well defined their muscles are will typically reduce their normal calorie intake a few days or a week before a competition to burn excess fat. This makes their muscles really stand out, as there is less fat on top of the muscles in between the skin and the muscle. 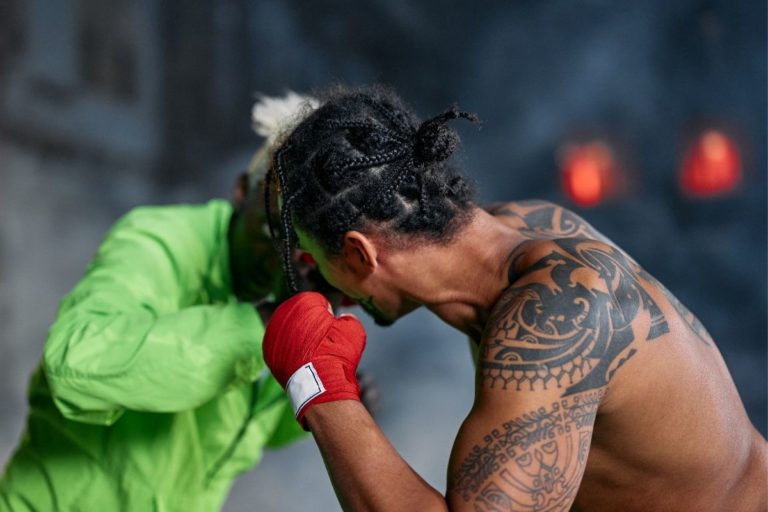 A street fight is a chaotic situation that is very dangerous, very experienced martial artists will tell you it’s always best to avoid a street fight unless you have no other option. Today I will cover if Muay Thai is effective for defending yourself if a street fight were to happen. As a general rule,…